Can a Charter Drive Project and Program Success? 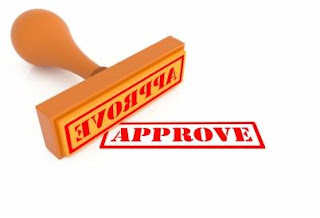 Every methodology tells you to start by securing executive support, as demonstrated by getting a signed charter.


That's a good idea, although not because anybody is actually going to pay attention to the charter document itself.  Most likely the only time it will be used as a reference is when stakeholders cheerfully point out that whatever you are trying to accomplish is not specifically included in the charter and most regretfully they don't have the resources at this time.

It takes time and effort to get a charter signed out.
It is also true that a number of successful projects did not actually have signed charters.  So why bother?

Successful initiatives without formal charters achieve their success because they have active, observable leadership support.  Leaders are constantly inquiring after its health and come down like a ton of bricks if resources are not available as and when needed.   When that's happening, the document is of little need.  At the project manager level, the sure knowledge that if the obstacle is not cleared away then Mr. Big will apply his own unique problem-solving techniques is by itself a sufficient motivator that problems get resolved.

You cannot play that card too often, and you cannot pull it on every initiative, or you are back to the chaos of not having any priorities at all.

In Japan, executives may even sign it upside down to indicate that they don't really support it but they won't oppose it either.  Sometimes it would be helpful to have it right out on the table like that!

So by all means get a charter.  It won't prove that they really care, and it does not mean that you will actually get all the support that is promised.  At least it shows that they don't really hate the idea.

Learn more about charters in "Let It Simmer: Making Project, Portfolio and Program Management Practices Stick in a Skeptical Organization" will be out at the start of October.  Check it out at www.simmer-system.com and get in position for a pre-order at the lowest possible price!